My D&D & OSR experience so far.

Two things happened today which caused me to reflect on the old school renaissance, D&D, and my history with the game.

First, I received from Ebay an original Moldvay Basic Set! For the price of a pizza dinner, I now have the box that started it all for me, 30 years ago. Also arriving was a long-looked-for copy of Gygax Magazine. 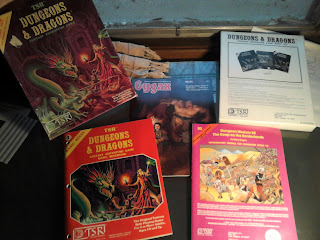 Then I read an excellent post on the blog RetroRoleplaying: The Blog that WOTC Discovers Typical D&D Players Like Short Combats!

That was a hoot to read, for so many reasons. I really, really hope they knock it out of the park with D&D Next. It's kind of like when your favorite sports team with a rich history gets bought by an idiot nouveau-riche owner who cant figure out what went wrong after he got it. I really hope Next is a smashing success, and that it is a return to old school play elements that makes it so.

This got me thinking about my D&D experience, and wanting to share it with you.


Like many folks who who have blogged or posted about D&D and the OSR over the past few years, I am a returning DM & player whose first experiences with D&D came back in the early 1980's, with the Moldvay Basic & Expert Sets and later AD&D. We also played Gamma World, Star Frontiers, Boot Hill, Twilight 2000 and MERP. Throughout middle & high school, I played countless hours, especially during the summers, when my group consisting of my cousin, one of my best friends, and a rotating group of other friends would play literally every day for the entire summer. We knocked out the Temple of Elemental Evil one summer in a string of marathon sessions lasting weeks.

Eventually D&D was pushed out by girls, and college, and long distances. The groups I played with occasionally in college were never as good as the old home group consisting of good friends. Bars, girls, and outdoor pursuits all replaced D&D. Later came a job, wife, and kids. My D&D experiences ended during the early years of the 2nd edition. I never played Magic or any of the card games. Starting with UO and EQ, my fantasy itch was scratched by a succession of MMORPGs, although those became boring pretty quickly. My cousin threw out "the box" containing all our old books/modules/figures in a fit of housecleaning passion.

Eventually I found myself with a lot of extra time on my hands. I started fishing again, and hiking, and hanging out with single people without kids. And I walked into a game store without much research beforehand and plunked down for a bunch of new D&D books.

This was in 2009 and D&D was 4th edition. I found a group of willing and eager players among my friends. I got my daughters playing. We had a good time for a few sessions, but it was strange. It was different  And it didn't feel like D&D. I was shocked at how long it took to kill a group of kobolds. After a few sessions I boxed up the hundreds of dollars worth of gear I had purchased in a flurry of mid-life male passion (when it comes to toys, a 40 year old man is a 12 year old kid with a salary at his disposal).

And so it was for the last 4 years. The D&D box stayed in the closet, although the kids occasionally asked to play again. I didn't pursue it or really think about it much until a few months ago.

Somewhere I read about Pathfinder. About how everyone who used to play D&D was now playing this new game called Pathfinder which was supposed to be like old D&D. That stoked my interest, and for Christmas I got my kids the Beginner Box. I read articles online about how 4th edition had taken D&D in a totally new direction, and the players alienated by it were making Pathfinder the new "worlds most popular fantasy roleplaying game". Pathfinder Beginner Box is a sweet little product, and the girls loved it. I called up my old friends who had played 4th edition with me a few times, and we scheduled a game. It was a huge hit. I got the Core Rules, and subscribed to Hero Lab. My buddies started buying source books and we began Rise of The Runelords.

After a few sessions, the feeling started to creep in again. This doesn't feel like D&D. The battles are lonnng...the rules are never ending. It felt like we were opening books every 5 minutes. There were battles raging over when people could take a 5 foot step. My attempts at DM fiat (in order to keep the game moving) were met by rules quotations. I actually yelled at a precocious 14 year old kid who knew the rules back and forth! I signed up for some Pathfinder Society games in order to learn the rules better. They are fun, but they aren't like playing D&D - at least not the D&D I learned and loved.

Disillusioned, I combed the Pathfinder boards. Maybe I could figure this out. Along the way I read somewhere about the OSR. People, lots of people, were still playing old school D&D. I read about D&D Next, and Editions wars, and the attempt to unite the various factions.

My searching led me to Swords & Wizardry, and the rest is history (or the present, actually).

Wow, here it is. The old game, new again, and just as much fun as it ever was. Now I am transitioning my Pathfinder group to S&W, and have a completely new group of players trying it for the first time and loving it. I suggested to my 12 year old that she take the Pathfinder Beginner Box to a sleepover and teach her friends to play. She said "nah, I'd rather teach them D&D - it's easier" (in our house S&W is synonymous with D&D).

After going through the Moldvay Basic Box and B2 with loving nostalgia, I am going to keep it for now as a keepsake rather than play it. S&W Complete does so much right in blending the old with just enough of the new for me to find it a perfect fit. Plus it is easy as hell to play, and fun fun fun. 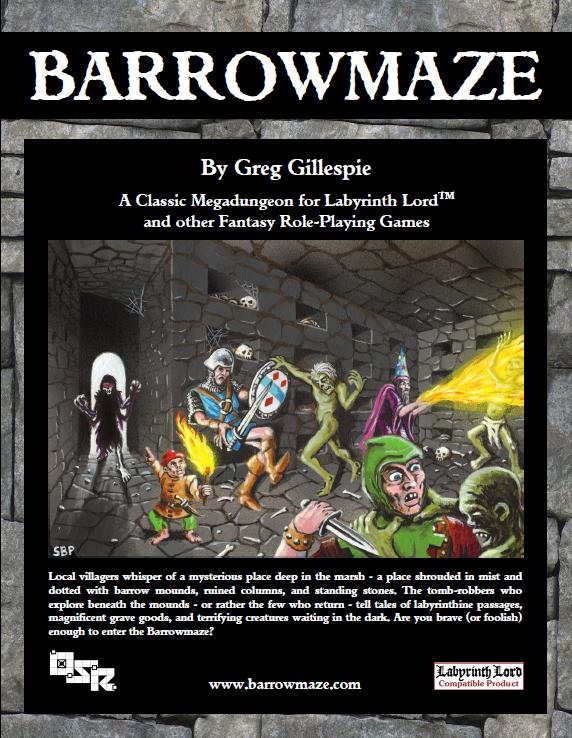 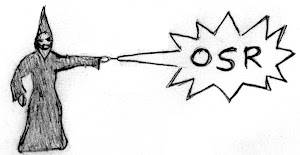